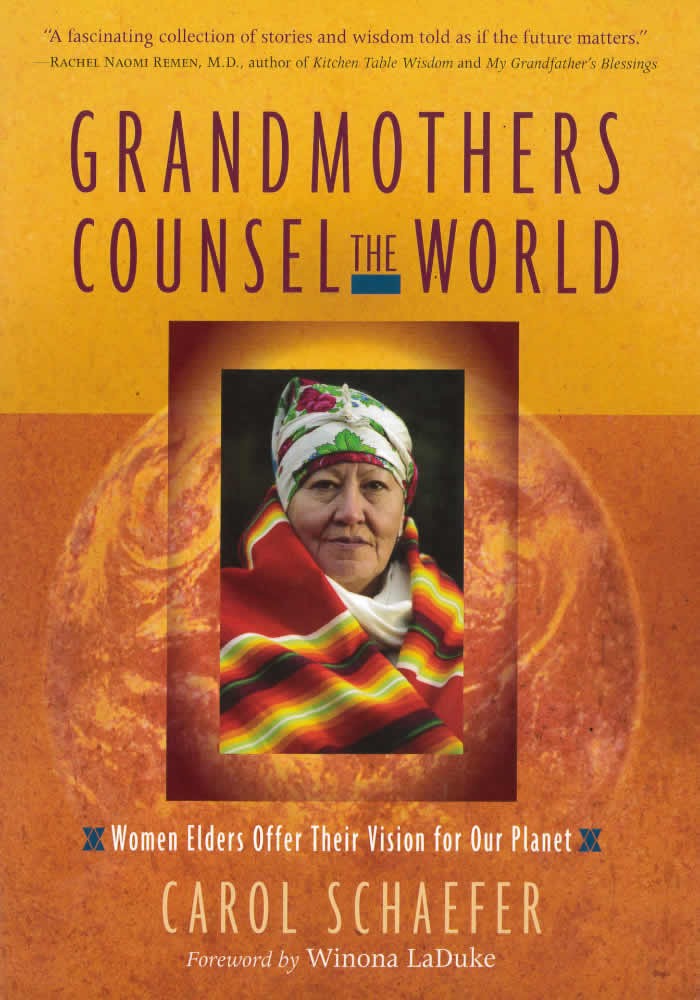 In October, 2004, 13 grandmothers from around the world came together in a historic gathering, fulfilling an "ancient prophecy, known by many of the world's indigenous tribes: 'When the Grandmothers from the four directions speak, a new time is coming." This somewhat mystifying book documents that gathering, which also included such celebrities as novelist Alice Walker, feminist Gloria Steinem, former U.S. senator Carol Moseley Braun, and Cherokee Chief Wilma Mankiller, who are here called "women elders," not "grandmothers," despite their equally strong voice in the proceedings. The first half of the book consists of biographies of the "grandmothers" and "women elders," followed by "guidance for our perilous times," with sections on "prophecies," "women's wisdom," "our mother earth," "oppression," "nature's pharmacy," and "prayer." The advice is mostly valid, sometimes extreme, and generally predictable: "the imbalance of male and female energies could cause the destruction of ...the Earth;" "the human race and all of nature is really one great family" that needs to live in peace together. Readers interested in indigenous female viewpoints may be intrigued, but Schafer's writing style is so awkwardly journalistic that she makes even brilliant communicators like Steinem and Walker sound inarticulate.